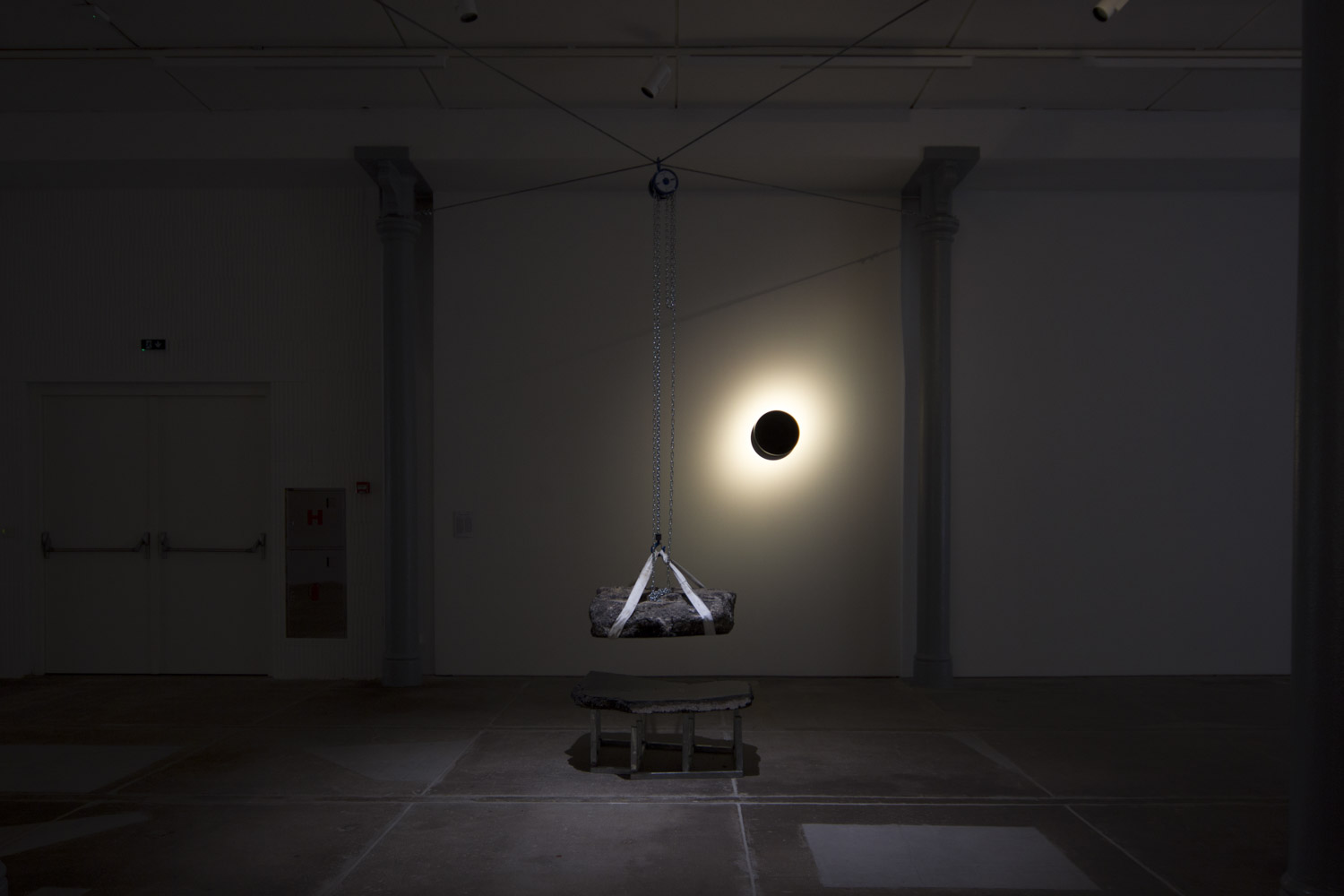 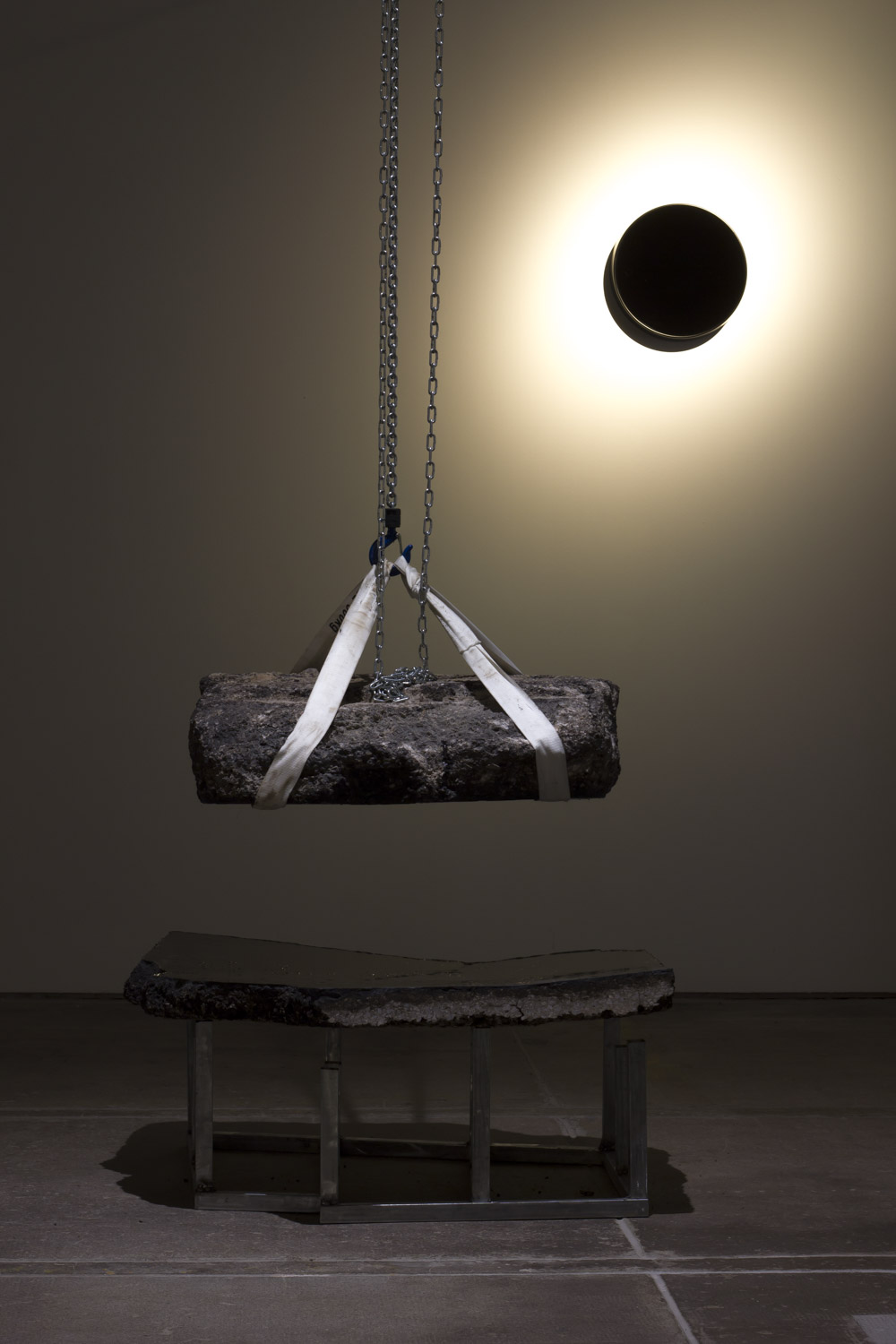 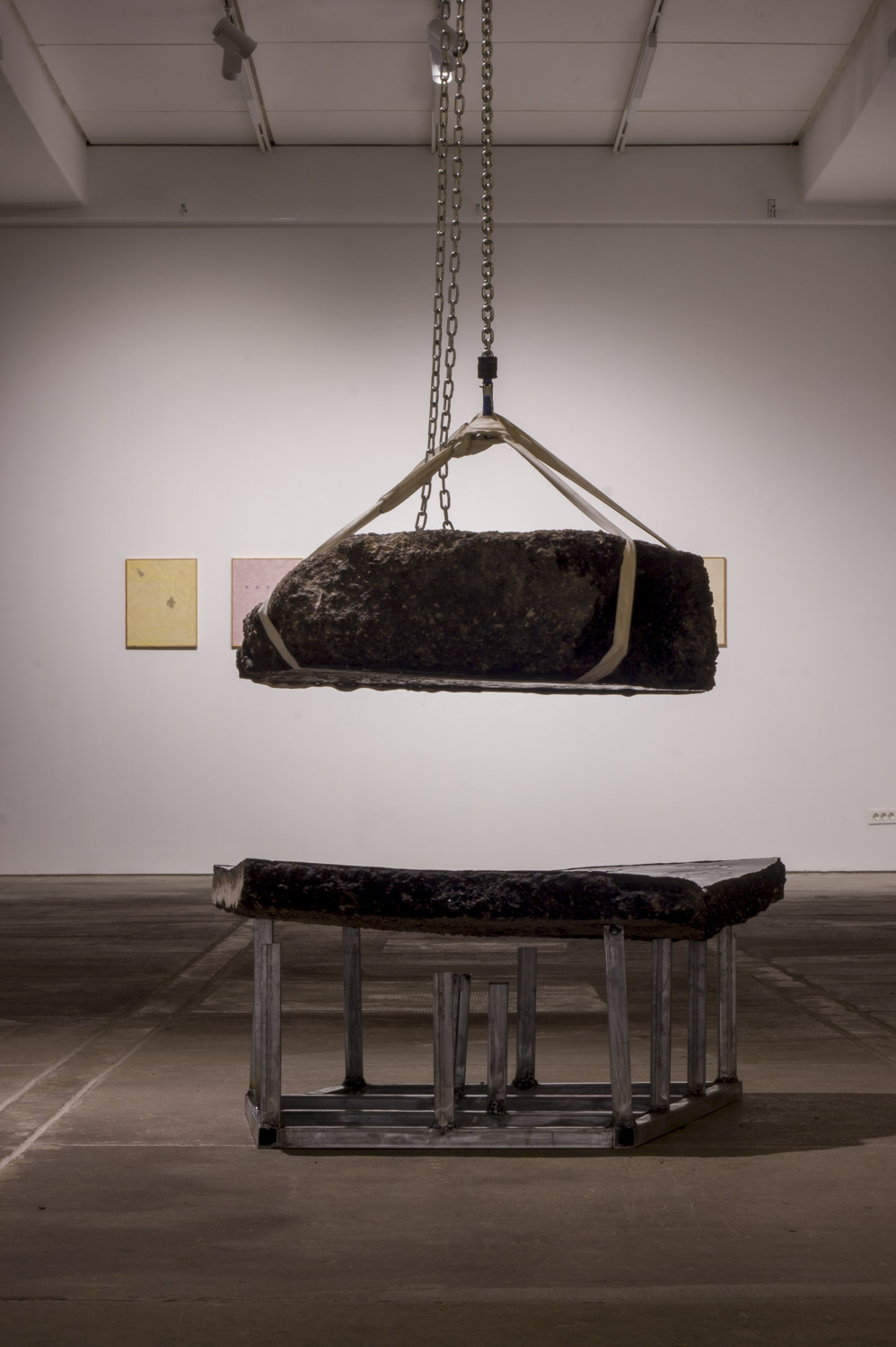 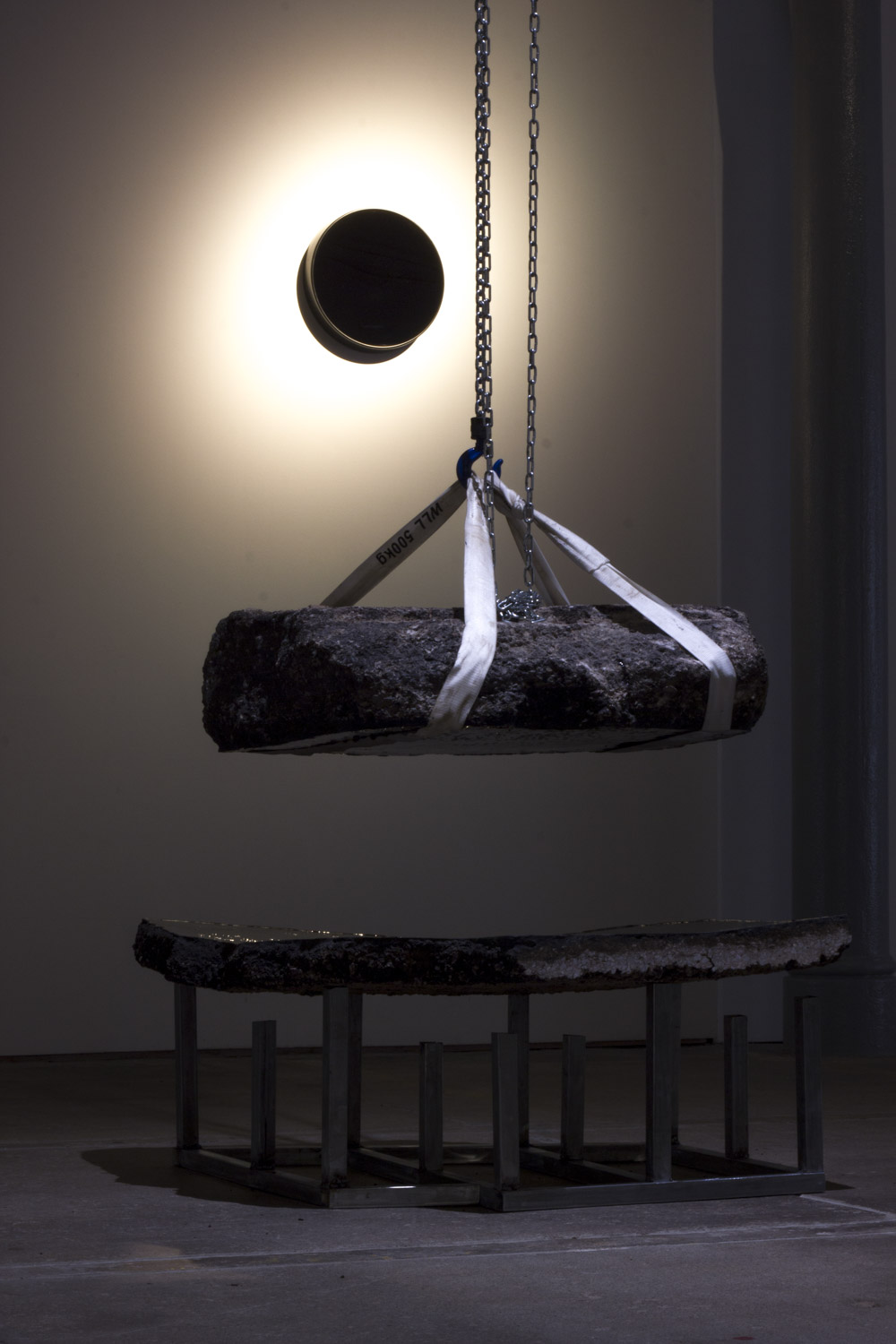 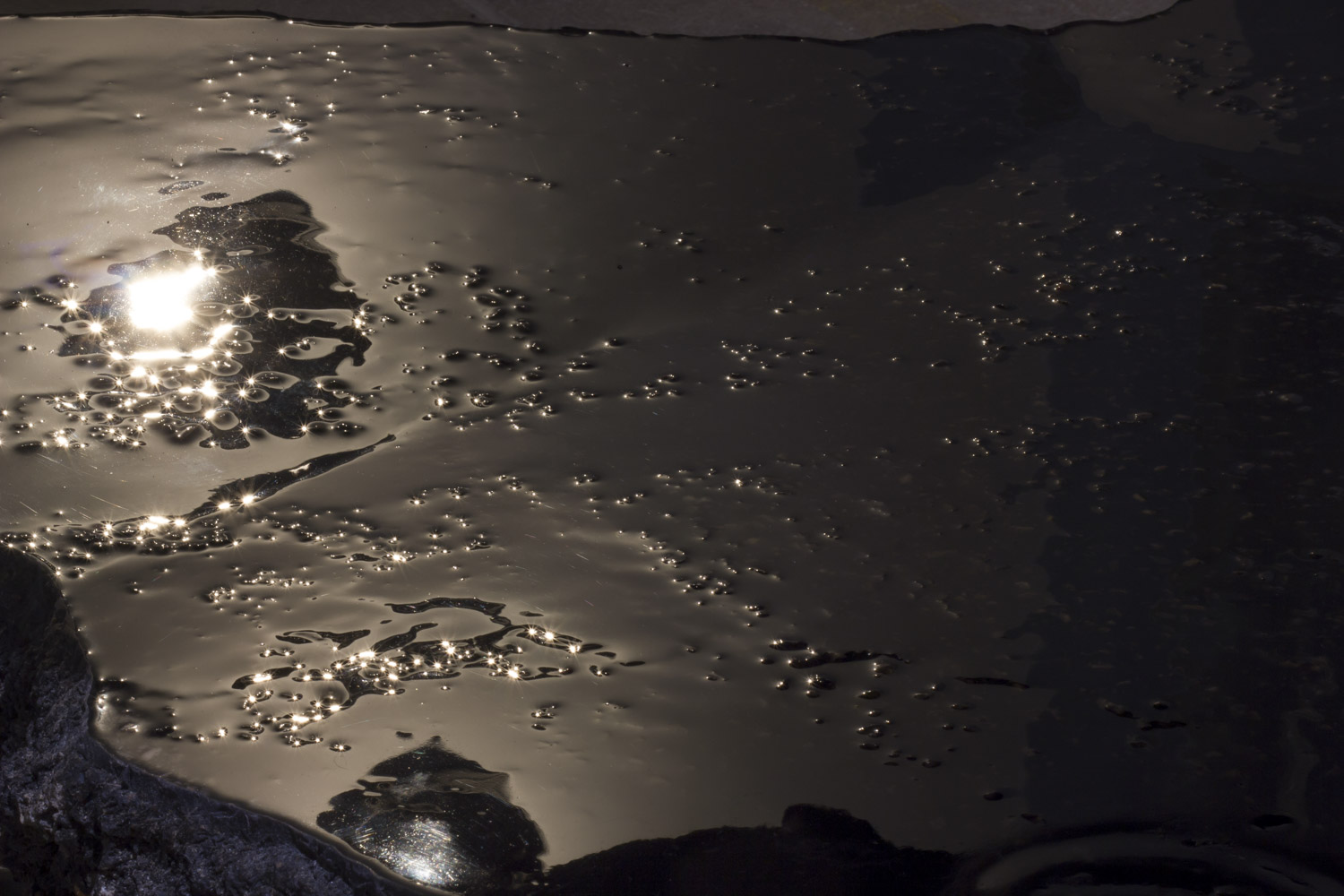 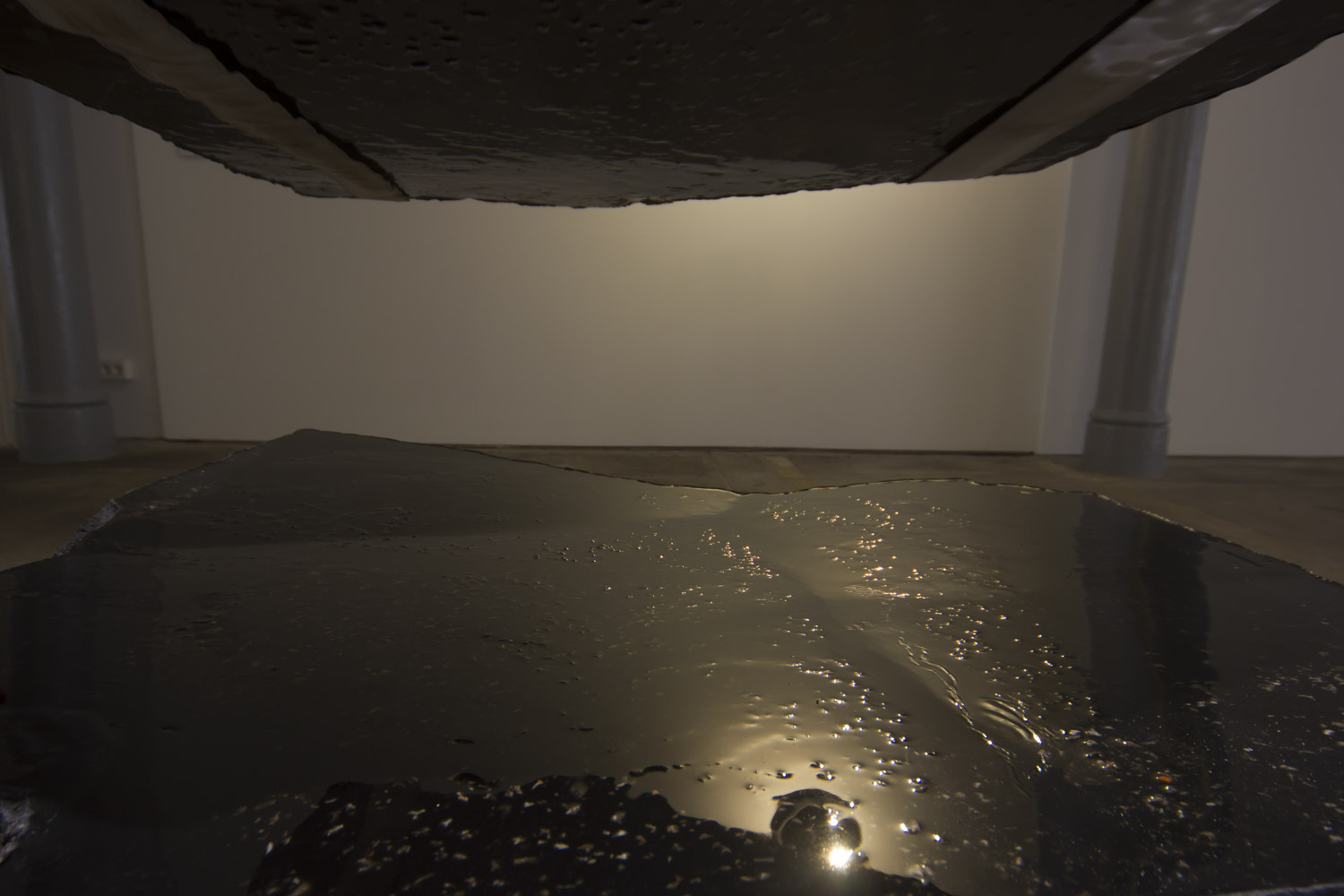 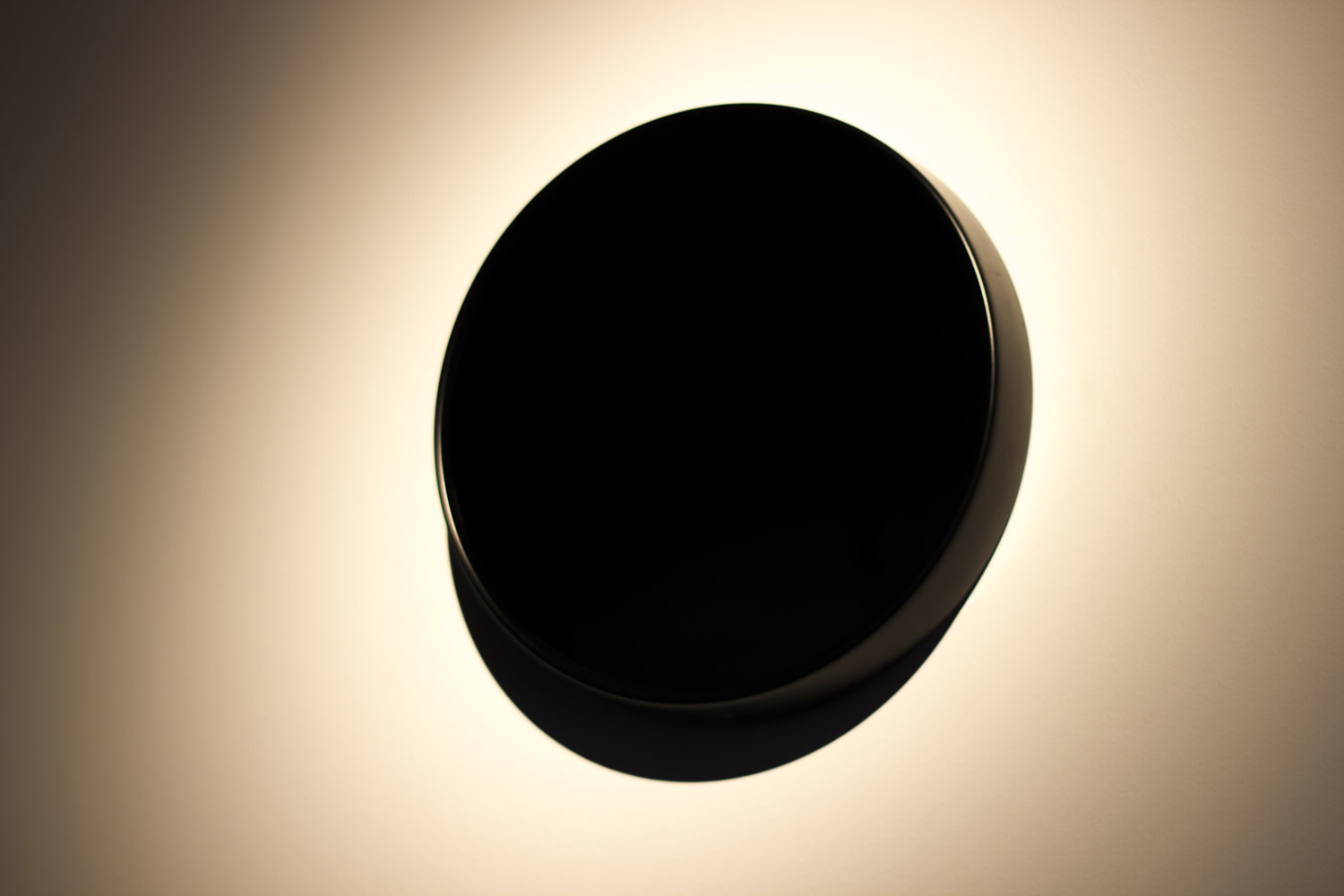 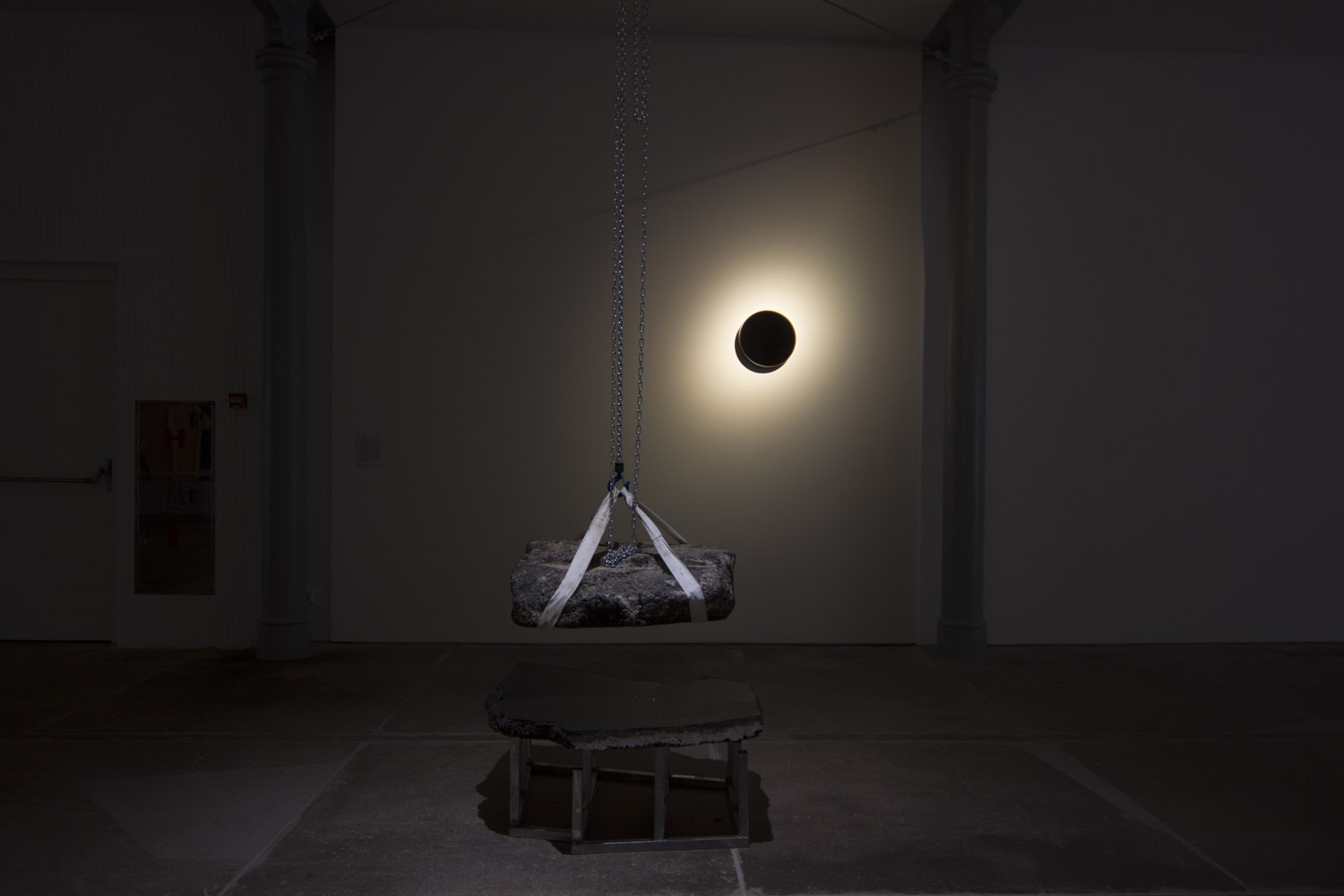 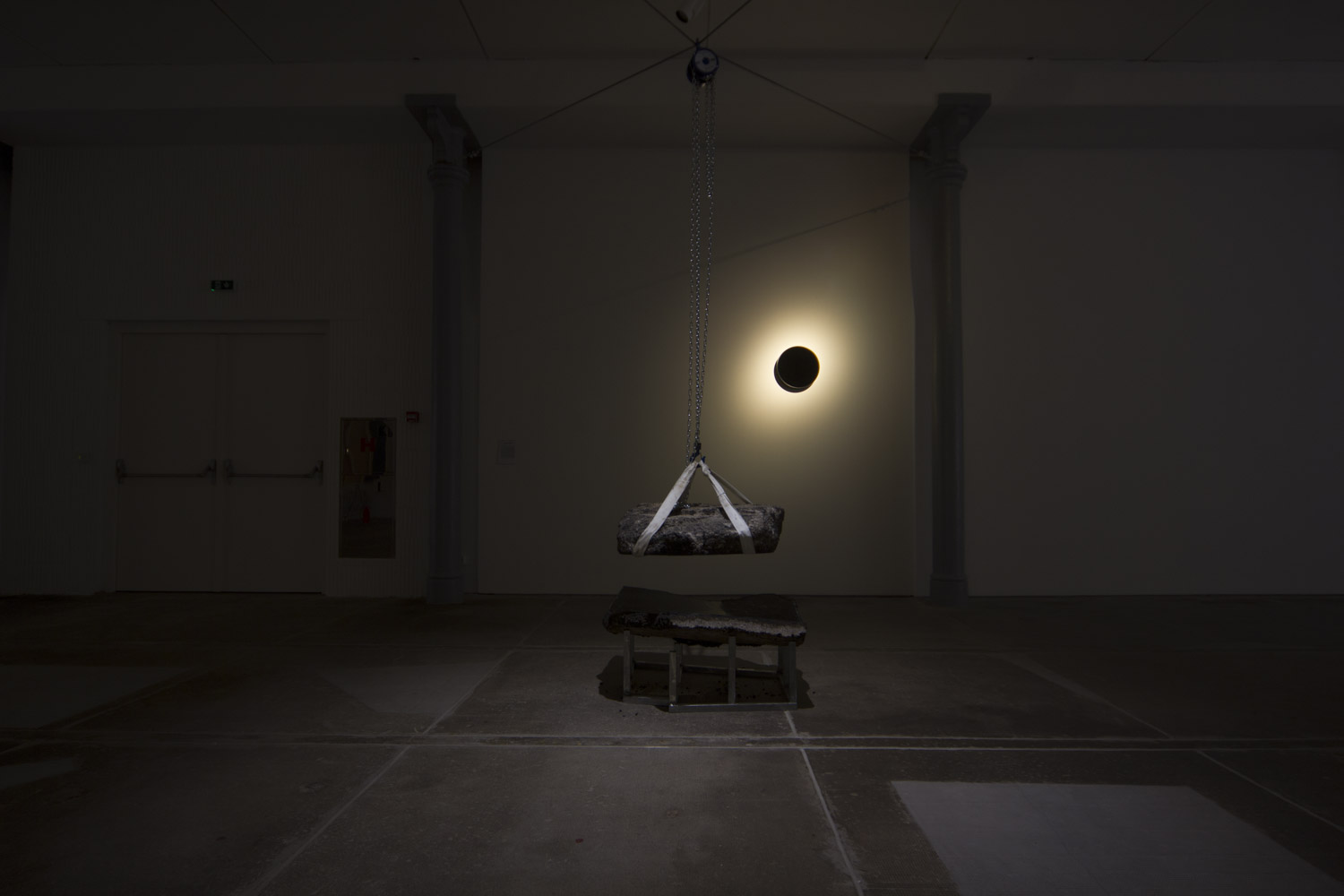 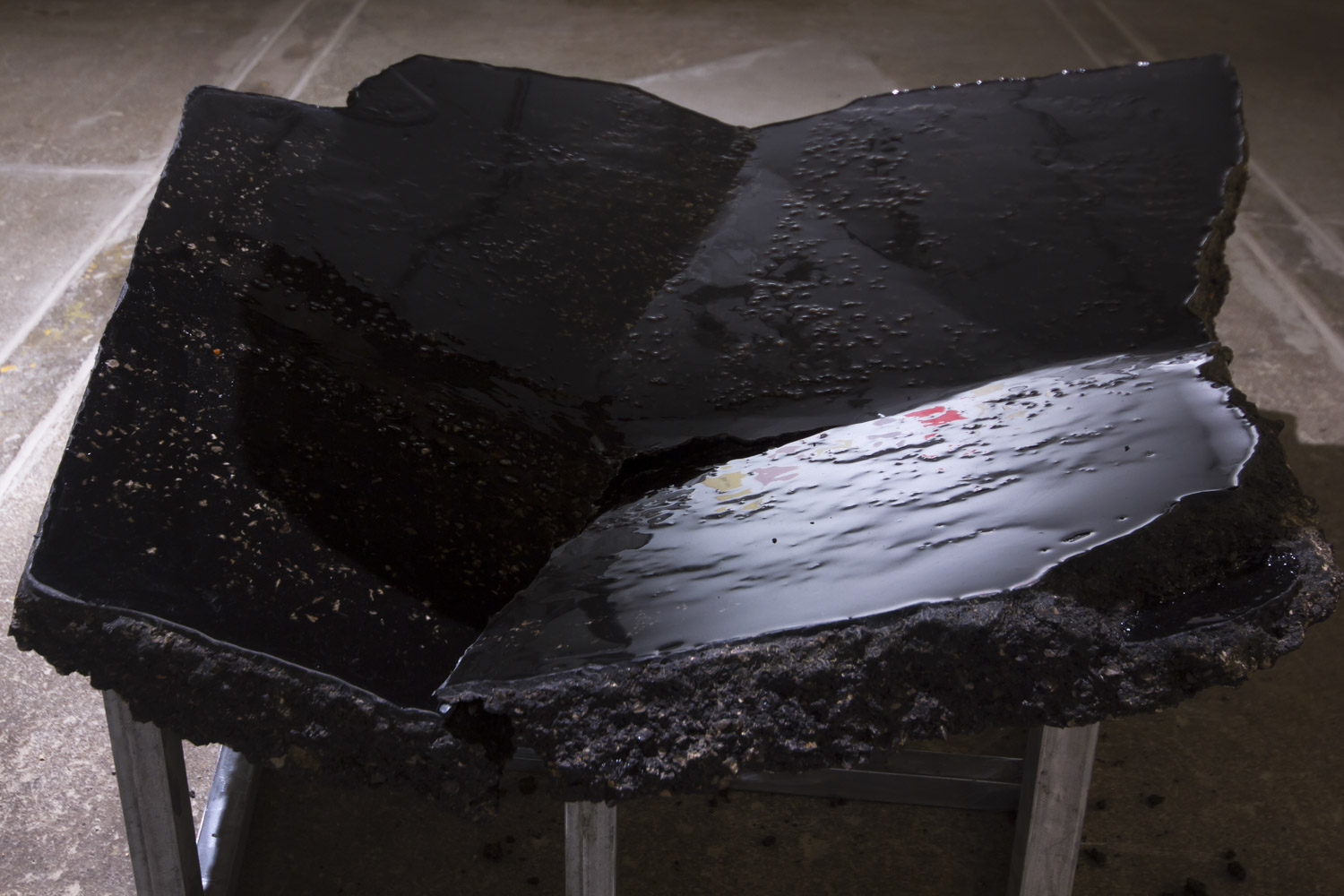 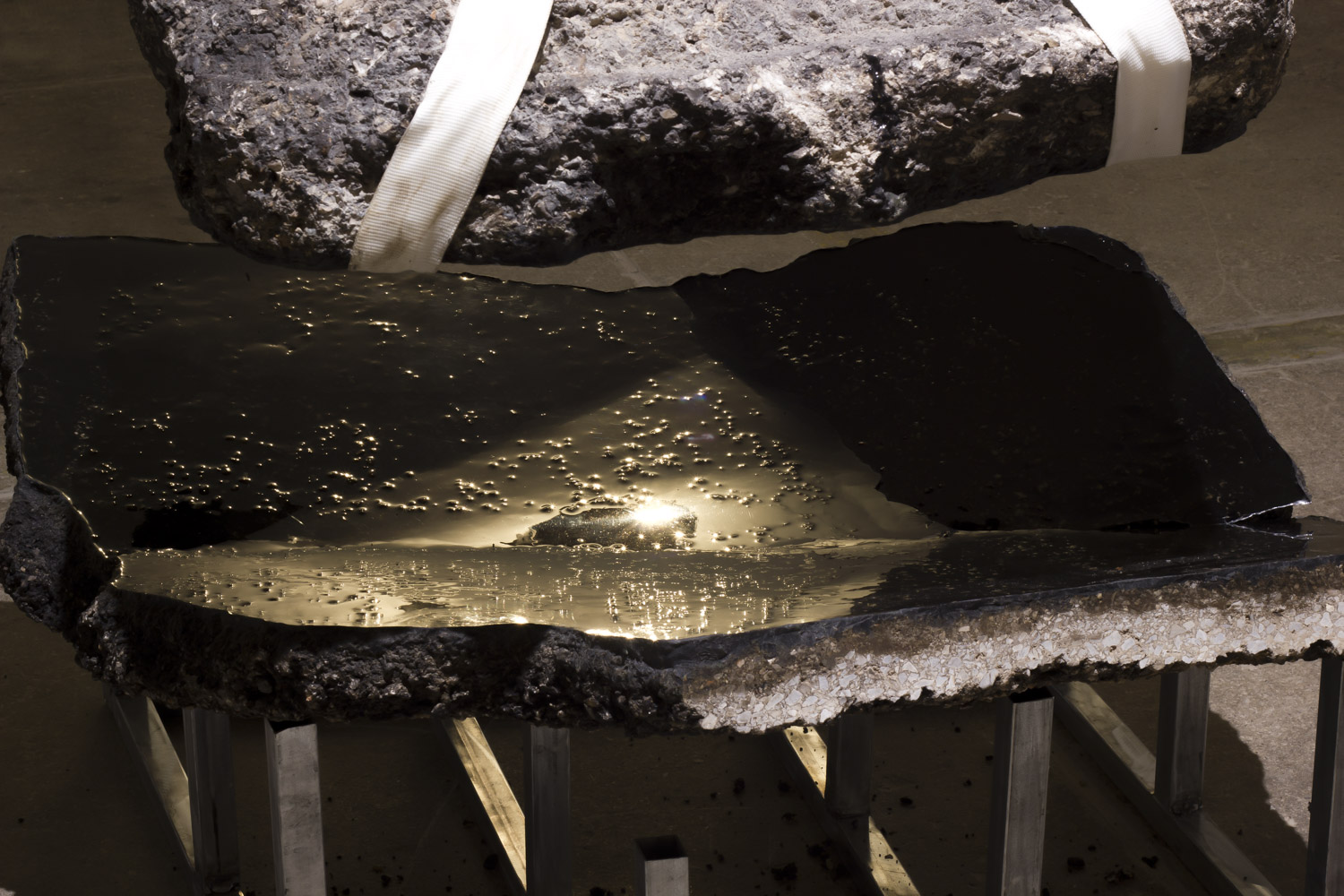 Elejan :
close
back to the archive index
next projectRusting Piece
previous projectFor things that will be forgotten
Description

The time of emergency, crises and conflicts has consumed the objects that measure it; the time has exhausted their forms and functions. These objects therefore seem flawed, as they quantify time with the focus on the shortage of time, where we have to produce a surplus in order to break even. They do not say anything about the quality of time, nor do they say that time has stopped. The clocks, with its hands and ticking sounds, uncomfortably remind us that progress is just a funny remark from the past. Spatial installation Untitled (The Black Matter) takes us to a melancholic space that contrasts depleted objects that lost their function – chunks of asphalt that no longer make a road and a clock that no longer shows time. A beam of light makes the clock look more like an eclipse than a time-measuring device. Its hands are hidden behind the black reflecting glass, and an eerie ticking sound occasionally breaks through the cacophony of other sounds in the space. This clock is just seemingly functional. It cannot be used as it shows an elusive, inapproachable time. However, the chunks of asphalt acquire the function of the clock and begin to measure the progress of time, by bending, tilting, crushing and dissolving. Yet, they do not use the standard measures, such as seconds, minutes or hours. Their disintegration under the force of gravity is what marks the exhausted time, whose collapse is slow, almost invisible. We can trace the effects of time in the gradual bending of the reflecting black resin that covers the asphalt pieces. How long will the cracks and discontinuities remain inscribed in the material before it fully disintegrates?
(written by Nataša Šukovic)